Book Four in The Martuk Series 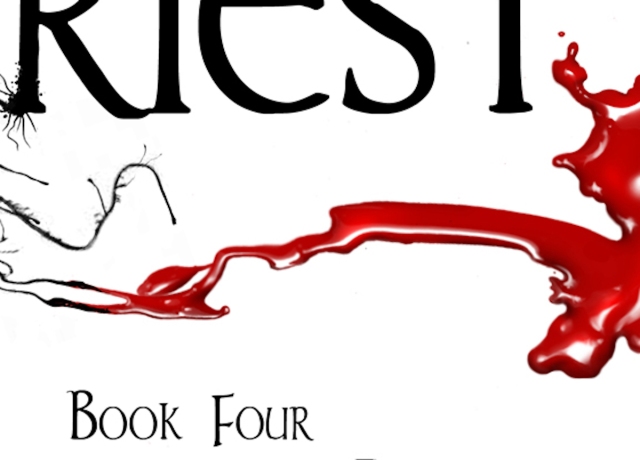 Well, it’s happened. The day I sometimes worried would never come is finally here. The release of the book a recent review called “amazing … breathtaking … creepy”.

Got a nook? It’s here. Need it in every format under the sun? Try here.

And just for fun, here’s the cover again: 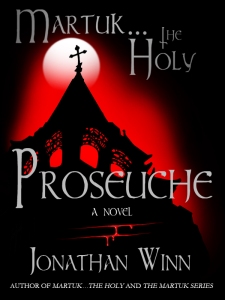 Doing a final polish on Red and Gold, the latest installment in The Martuk Series, and should have it Live on Amazon, etc. in a day or two.  🙂

Until then, here’s the cover. 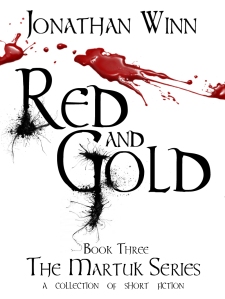 And, yeah, why the hell not?  Here’s a brief excerpt:

The voice, the whisper, came again.

The Elder was passing me.  He moved by, calm and quick.  I did not exist to him.  I was no one.  A stranger to ignore.  An initiate who had yet to earn the priesthood, my thick hair damning me to ignominy on sight.

Ah, but this stranger, the one with the cloak ringed with the dull white of bone, he was not one to ignore.  I could sense fear in the old man, The Elder.  I could feel the air thick with secrets and shame and an utter sense of powerlessness.

I glanced at his bare feet.

They were covered in blood.  And bits of flesh?   Yes, that’s what it looked like, his long toes smeared in discarded shards of torn flesh.  And the hem of his red and gold robe, it, too, was covered in blood.  It was dripping, small drops of blood staining the stone beneath his feet.

The blood was fresh.

And they, the two of them, The Elder and this stranger who could whisper to the darkest depths of my soul, both smelled of smoke and raging fire and torn flesh.

But The Elder had stopped.  Could he hear my thoughts?  Could he read my soul?  Did he know I had linked his name, his greatness, with words like shame and powerlessness?

If so, I would incur his wrath.

The stranger grew close.  Looked at me.  He, too, was covered in blood.  His robe dripping fresh blood.  His feet stained red.  More so than The Elder’s.  As if this stranger, whose toes almost squished with fresh blood, had waded through an ocean of red to stand before me.

I raised my eyes, slowly, so, so slowly.

His chest was bare.  It was covered in blood.

His head was shaved smooth.  It was covered in blood.

His eyes, peering from beneath a layer of red, were looking at mine.

A small smile grew on his thin lips.

Listen well and I will give you the world.

In the run-up to the release of Red and Gold, the third installment in The Martuk Series, I’m sharing the NEW cover to The Elder. 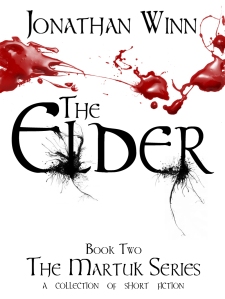 Sorry, kids, but there ain’t nothing better than getting a brand spanking new cover for one of your books.

And that’s what’s happening with The Martuk Series, an ongoing collection of Short Fiction inspired by my award-winning full-length novel Martuk … the Holy.

First up for the face lift was The Wounded King, next will be The Elder, and then Red and Gold, the third in the series, will be making its debut.

But I don’t want to jump the gun and upload the new TWK cover until the one for The Elder is finished, so … here’s a teeny, tiny sneakity peek. 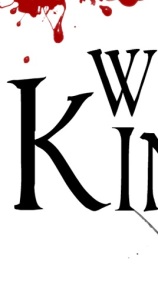 And that’s just a glimpse of the awesomeness to come.  🙂

And just because I’m so gosh darn excited, here’s what the print version (God willing) will look like.  Hoping CreateSpace agrees with me! 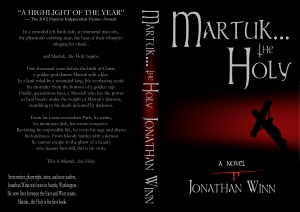 Not too shabby, eh?  Can’t wait to hold this one in my hands. (crosses fingers)

Here’s my new, fancy-schmancy cover for Martuk … the Holy. 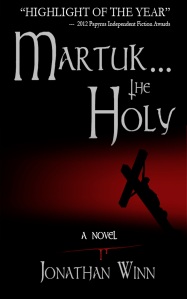 Ebook covers should go live soon-ish.  Print hopefully in a week or so.

Many thanks to my kinda sorta always forever cool graphic designer Timothy Burch.  All kinds of talent here, kids.