This past year I had the great honor of joining the HWA (Horror Writer’s Association). For a writer at my level, becoming part of an organization like this seemed like a great idea. I’d heard many things, many of them not very good, about the group, but had been assured that with the new leadership in place, things were changing and better days were ahead.

And then the white supremacist, fascist-thing happened.

Which brings me to what’s bugging the hell out of me:

Is this who the HWA wants to be? And, more importantly, if that’s the case, is this the kind of group I want to actively support or be a part of?

The first question I can’t answer. I’m not in the heads of Those Who Decide, so who knows what the heck they’re thinking. Their earlier statement was not what I’d hoped it would be. In fact, it felt like a dodge. The second question? Yeah, I can answer that.

And it’s no. I would not actively support that kind of group or be a part of it.

And it breaks my heart.

Listen, the life of a writer isn’t all wild parties and hookers and crowds of adoring groupies cheering every comma and applauding every editing of an adverb. Believe it or not, it’s kinda lonely. (cue tiny violin) Your head — or at least my head — is buried in a computer watching black pixels clutter an electronic page from sun up to sundown. And to be a part of a group of OTHER writers, well, heck, that sounds cool, right?

On the surface, the HWA felt like a perfect fit.

But what they believe and what they tacitly endorse through inaction when Real Life upends their rhetorical apple cart is more important than being part of a group. If they allow a white supremacist and fascist to sit on a Jury — a position we’re led to believe is a great honor — what does that say about them?

Saying you don’t discriminate is one thing. Words are easy. You can say anything and, until you’re tested, people will believe you. But allowing a person with an avowed, unapologetic hatred of anyone who is, in his eyes, an “other” to sit on a jury in my opinion goes against that. Are we to believe his skewed world view won’t influence his decision? Or that his knee-jerk animosity for Person X or Author Y won’t cause him to vote against a work worthy of recognition? Recognition that could make a career?

For an organization already struggling with a perception problem regarding the Stoker Awards (see, cronyism, vote trading, favoritism for past Stoker winners and/or Officers, a byzantine, confusing balloting system), the decision to keep this member on the jury seems a bit tone deaf.

It also makes me doubt whether or not the HWA, in the end, will, in fact, be a fit for me.

As I understand it, no one is calling for the member in question to be banished into the Dark Forest of No Return. Different beliefs — even ones most find onerous or deplorable — are fine (not good, mind you, but “fine”) if you’re a member. Heck, I support the HWA endeavoring to be as widely diverse as the horror genre itself.

But to be faced with a Juror — not just a member, but a Juror — with beliefs that are counter to what you say you, as an organization, believe and then choose to do nothing, that speaks volumes.

Personally speaking, this has been a big splash of very cold water on my excitement at being an HWA member. In fact, I feel a bit embarrassed to now have it mentioned in my bio.

I can’t imagine that’s how the HWA wants their new members to feel.

Click. The third apartment and third story in Eidolon Avenue: The First Feast. To be honest, I’ve dragged my feet getting around to talking about the process of writing this story. I’ve hemmed and I’ve hawed and, heck, I’m still doing that now! Filling up the page with words, words, words and shifting them into sentences, all so I can put off, again, talking about this story. Fact is, out of all the tales that comprise Eidolon, this was the one I found the most difficult to write. Not the writing of it, I mean. But the psychological tunnel I needed to crawl through to bring it to life. That was the nightmare. That was what literally kept me awake at night. That’s what would – more than once, more than twice – force me from my chair and out the door to get some fresh air while the story waited, mid-sentence, for my return. Because I simply could not handle what the main character was doing. I couldn’t handle the thinking behind it, I couldn’t handle the cruelty behind it, and I couldn’t, for one second more, be the conduit for this monster to continue telling his story.

Colton Carryage. That’s the monster. Tits. Freckles. Teeth. Unnecessary. Those are his victims. These are names, predator and prey, that will stay with me for awhile. That stay with me still. And I didn’t set out to write the story I eventually wrote when I sat down. It took a sharp right into shadow and, despite my trying to turn the wheel back into the light, it insisted on going even deeper. And I certainly didn’t intend for it to be the first book my publisher needed to put a Warning Label on. But Colton’s madness, his cruelty, his insatiable need and dark desires demanded it. Not everyone’s heart or head can handle the horrible secrets that wait in Apartment 1C. Hell, I wrote the damn thing and I’m still recuperating. And that’s all I think I’m going to say about Click. 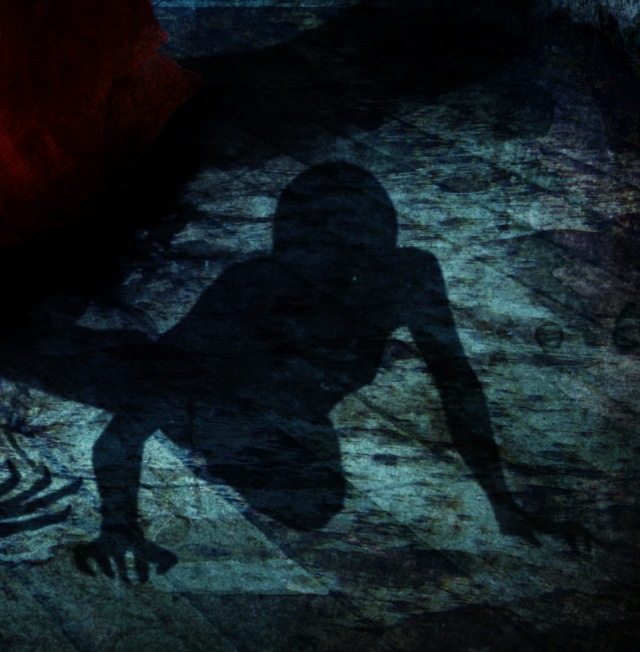